These two overcame sooo many hurdles just to say I Do and in the end it felt like, damn, that’s how it was always supposed to go!  Like many 2020 couples planning larger weddings it became quite clear their wedding day wasn’t going to happen as planned. Their last minute spring wedding was cancelled due to lockdowns. They planned a smaller more intimate wedding for the summer when things opened back up. Then, two days before their rescheduled wedding, they BOTH tested positive for COVID and again had to cancel everything!!!

There’s a feeling of defeat in this that not only was nothing going to planned they were now sick + some of the people around them were as well. There was so much downtime, lack of direction and now lots of money spent on two weddings that couldn’t happen. They just dreamed of a vacation from it all.

So they planned one!

They started planning a trip to Glacier National Park after they were better to just get out + enjoy some of life again. But then thought why not just elope. Don’t let 2020 win + crush all their wedding dreams. They brought along their closest friend to officiate for them. I met up with them at their little cabin outside the park to pick up Stacey as the guys drove in separately so they didn’t see each other before the ceremony. Devin walked down into the field, grand mountain views all around them as his love walked down to marry him. Their families wrote them letters that they read aloud to each other to make it feel as if they were all together. It was so touching + beautiful. We ran around Logan’s Pass taking in all the views, letting the music play, as they embraced + danced + laughed the night away.

In the end, after all they craziness, it felt like that was what was supposed to happen all along. 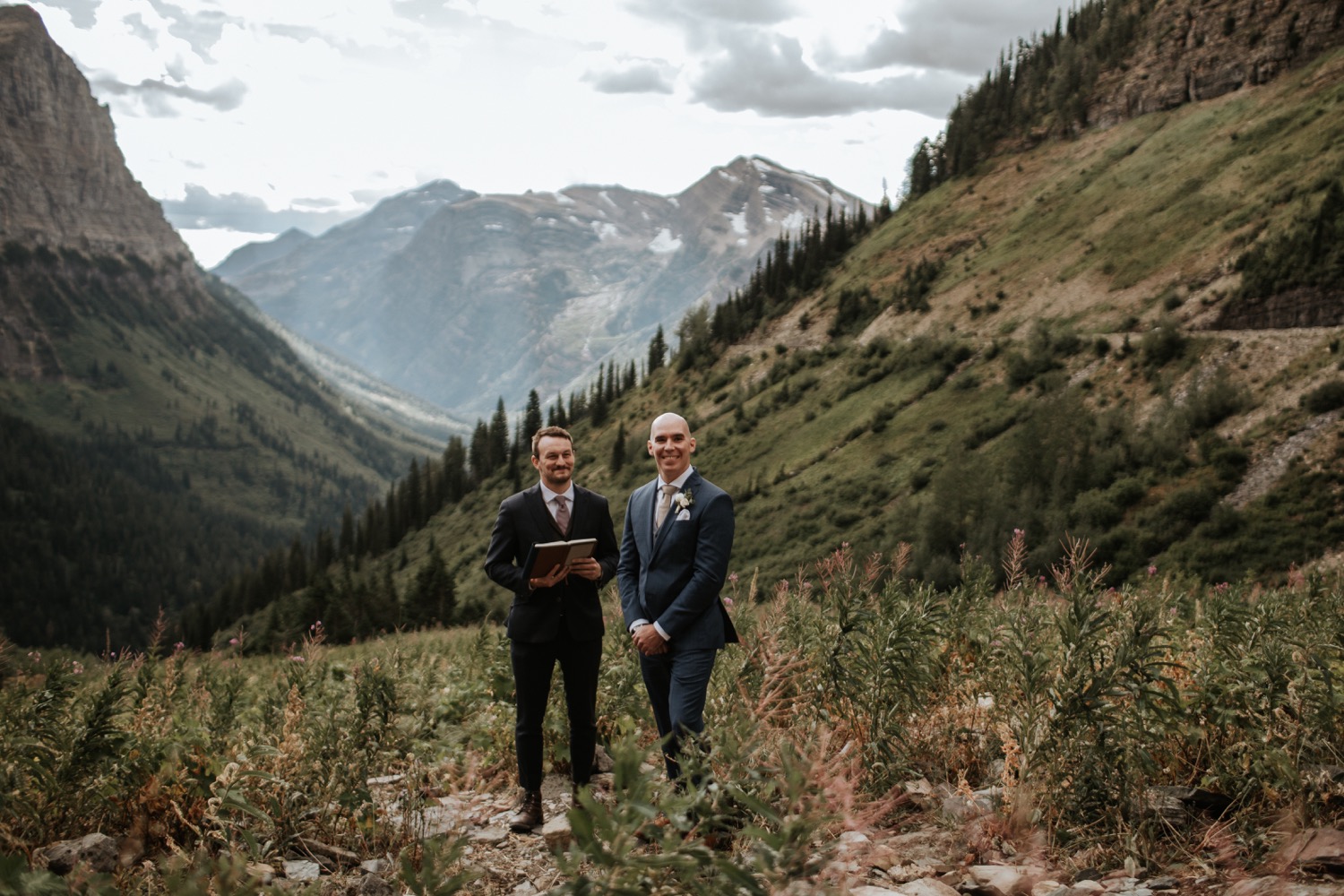 How to Elope in Glacier National Park: Choosing your date! »

ready to do this?