It’s amazing what can come from a little app like instagram. A few years ago a Kaitlin + Steve came to Montana from Pennsylvania to visit Glacier recently after getting engaged and decided they wanted engagement photos in the park and found me on the good ol’ gram. We had a blast out there! Months later Kaitlin messaged me and said she changed her mind on her photographer and just had to have me come to Pennsylvania for their wedding. Which I did. And that leads me to Courtney. She was a bridesmaid in Kaitlin’s wedding and when one of the other bridesmaids significant others couldn’t make the event I spent dinner in his place sitting with Courtney + Christoph.

I saw on instagram a few weeks after the wedding that these two got engaged! And shortly after that an email from them landed in my inbox asking if they could fly me to Jackson Hole to do their engagement photos. Hells yes my friends!

They were enjoying some time away with family skiing and left their family on the mountain as we ran out to take in the views of the Tetons and run around in the snow. Fortunately it wasn’t as cold as we thought it was going to be. The bundled up and snuggled and the sun make a rare winter appearance. It was so much fun, these two are the freakin’ cutest. And I’ve been left in awe how meeting one girl from the other side of the country led to me eating dinner with these two and then photographing them on this side of the country. Thank god it doesn’t end there! There’s more to come with these babes as I’ll be joining them in Colorado as they say I do in a few months!!!!! SO stoked!! 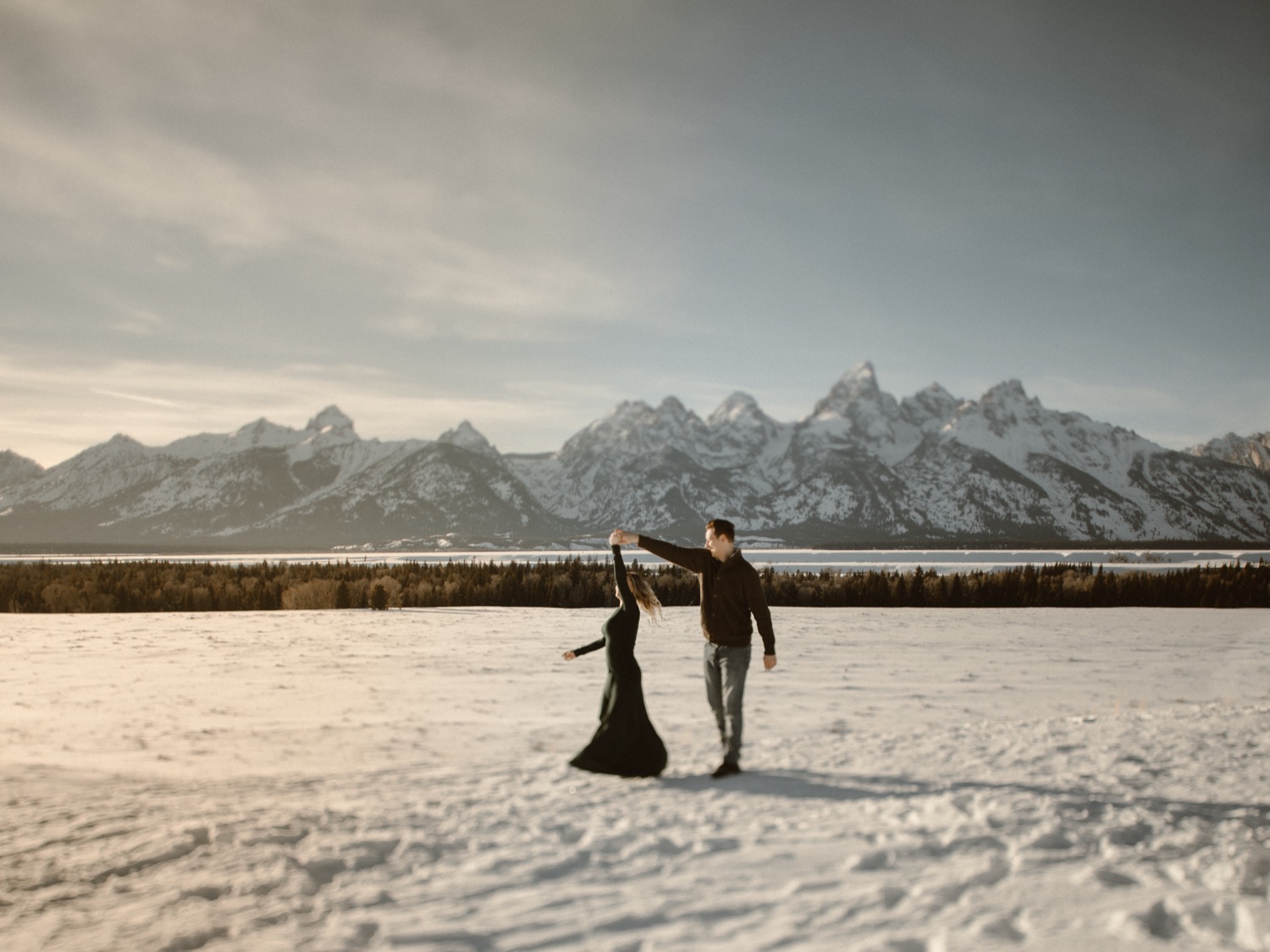 ready to do this?